Former Vice President Dick Cheney has been making the rounds promoting a new book intended to rewrite the history of his role in the most failed and corrupt presidency, possibly ever.

Here are the facts: the Bush White House outed covert CIA agent Valerie Plame Wilson with the help of its close ally, the mainstream news media. Shame on them all.

This story is covered in its entirety in the documentary Broadcast Blues.  Here's a 52 second clip:


Wednesday, August 24, 2011, the FCC made it official: the Fairness Doctrine is dead and buried. 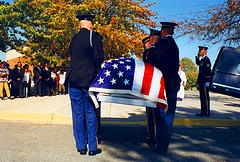 But shed no tears: the FCC also made it clear that the broadcasters' obligations to the "Public Interest" are alive and well!