Under Trump, the federal agency created a Catch-22 on new rule by requiring private research to counter hidden public data...

While I was researching a piece last September about Sinclair Broadcasting's illegal TV ownership shell game, I stumbled into a Supreme Court case. Donald Trump's Federal Communications Commission Chair, Ajit Pai, had filed a case at SCOTUS, Federal Communications Commission v. Prometheus Radio Project [PDF], which would allow one media conglomerate to own the local newspaper, 2 network TV stations, 1-2 additional TV stations, and 8 radio stations --- all in the same community. 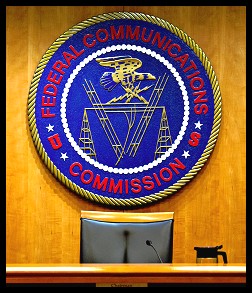 The Third Circuit U.S. Court of Appeals had previously found, in 2017, that the FCC failed to adequately study the matter before making the rules change that would adversely affect ownership of media outlets by women and minorities.

But the danger of the scheme to all of us was immediately apparent. Imagine the potential for propaganda by allowing one company to control the local reporters in virtually every media outlet in a single town!

I had already discovered that Sinclair Broadcasting was illegally controlling three TV stations in Columbus, Ohio, and doing little more than duplicating local news content across all three stations. So, on advice of my colleague and friend Brad Friedman, I began writing an Amicus ("Friend of the Court") brief in the case to inform the U.S. Supreme Court of this and other related information.

My first step was to find the research papers the FCC had done on the topic before its Chair --- on behalf of we, the people --- filed its case with SCOTUS. To my surprise, however, I found there were none. Zip, nada, nothing. The FCC was literally taking a case to the Supreme Court in which it had done no independent research at all...

So, with the aid of Media Action Center (MAC) volunteers, our Amicus brief [PDF] presented a database with photographic evidence showing that since the FCC began issuing waivers for station groups to own two network TV stations in the same town, industry leaders Nexstar, Sinclair Broadcasting, Gray TV, Scripps, and Tegna collectively now control two network TV stations in 70 different communities across the United States. Despite their promises that they would provide more and better local news by being allowed to own two network stations, MAC found in 53 towns, these broadcasters merely duplicate the same news stories on both of its local Network affiliate stations.

The broadcasting industry told the Supreme Court that by consolidating two Network stations they can provide better local news coverage. But we found that the opposite is true. Powerful stuff, I thought.

But it didn't matter. The Court was not interested in what damage has already occurred due to this rule change; they only wanted to know what data had been provided prior to the rule change for the FCC to have made its decision. This sets up the Catch-22.

During oral arguments in FCC v Prometheus on January 19, the final full day of the Trump Administration, Justice Brett Kavanaugh asked Prometheus' counsel, Ruthanne M. Deutsch, what research she had to back up her assertions that allowing one station group to have multiple TV stations in the same market would harm opportunities for minorities and females to have any stations at all. Prometheus argued that the FCC was relying on flawed or non-existent data to make its assessment, and Deutsch cited a Free Press study to back up her case.

But Kavanaugh went on to say that during the FCC's proposed rulemaking process, everybody and anybody could have submitted data...but they did not.

On Thursday, April 1, SCOTUS reversed the lower court's 2017 finding that the Commission failed to take appropriate steps to study the effect of this change in rules for women and minority owners. The high court unanimously allowed these egregious consolidation rules to go into effect.

In the opinion issued by Justice Kavanaugh [PDF], the court held that the "FCC considered the record evidence and reasonably concluded that the three ownership rules at issue were no longer necessary to serve the agency's public interest goals." Kavanaugh further wrote that "the FCC acknowledged the gaps in the data sets it relied on, and noted that, despite its repeated requests for additional data, it had received no countervailing evidence."

"The Commission further explained that its best estimate, based on the sparse record evidence, was that repealing or modifying the three rules at issue here was not likely to harm minority and female ownership," Kavanaugh asserted on behalf of the Court. That, he wrote, was enough for the agency to meet the requirements of the Administrative Procedures Act (APA) in question. Siding with the FCC, he declared: "In light of the sparse record on minority and female ownership and the FCC’s findings with respect to competition, localism, and viewpoint diversity, we cannot say that the agency’s decision to repeal or modify the ownership rules fell outside the zone of reasonableness for purposes of the APA."

Cheryl Leanza, the United Church of Christ's media justice policy advisor and co-counsel for Prometheus in the case, wrote, "The sparse record is the FCC's own fault. Any analysis of this question must rely on the FCC's data and yet the FCC has long permitted broadcast licensees to avoid filing their ownership data with impunity." That has left independent researchers blinded to key data needed to fully assess the practical effect of ownership rules enacted by the federal agency.

The FCC used to commission its own studies on local broadcasting. In 2002, the FCC issued its own report called "Broadcast Television: Survivor in a Sea of Competition" [PDF] which showed local TV stations in large markets were making as much as 46% annual profits. Now --- or, at least under former President Donald Trump --- the FCC puts out obscure "Notice of Prospective Rulemaking" calls for consumers and largely underfunded non-profit groups to provide their own research to counter that which is provided to the FCC by well-heeled industry leaders, like the National Association of Broadcasters, which applauded the SCOTUS ruling (and, yes, Sinclair Broadcasting's stock shot up more than 3% that day.)

So these rules, which will further decimate local reporting, will go into effect. Current FCC acting Chair, Democrat Jessica Rosenworcel can chip away at the edges, but as soon as Republicans retake the White House, the floodgates of misinformation will open up in Everytown, USA.

Why is Congress allowing a politically driven agency to make democracy decisions in the first place? The FCC was originally formed to keep one radio station's signal from bumping into another; now it is colluding with major media conglomerates to rob free speech rights of the very people whose interest it is sworn to serve.

Broadcasting is legally supposed to "serve the public interest." So contact your Senators and Representatives! Tell them Congress must supercede the administrative agency's rules and pass actual laws to protect We the People from unscrupulous broadcasters controlling all or most of what we hear and see on local radio and TV. And do it now, while they still can.