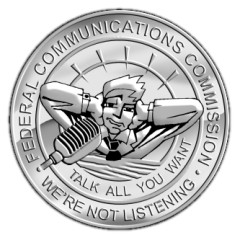 On Thursday then, to the delight of the "Citizen Petitioners," the Third Circuit Court of Appeals decided that, on the issue of newspaper/broadcast cross-ownership, the FCC failed to give the public proper notice and opportunity to comment on the rule-making, and must, once again, start from scratch in its next quadrennial review.

The court also ruled that the FCC's studies surrounding minority and female ownership of broadcast stations are woefully inadequate, and that topic must also be revisited in the next quadrennial review. In their decision, they noted "the Commission referenced no data on television ownership by minorities or women and no data regarding commercial radio ownership by women. This is because, as the Commission has since conceded, it has no accurate data to cite."

On the other ownership issues, the Court flatly rejected claims by Deregulatory Petitioners that all of the FCC's media ownership rules are unconstitutional:

Deregulatory Petitioners ask us to overturn the scarcity doctrine. That doctrine establishes that - In light of [their] physical scarcity, Government allocation and regulation of broadcast frequencies are essential ... We continue to decline [Deregulatory Petitioners'] invitation to disregard precedent ... The abundance of non-broadcast media does not render the broadcast spectrum any less scarce. The Supreme Court's justification for the scarcity doctrine remains as true today as it was in 2004 --- indeed, in 1975 --- many more people would like to access the [broadcast spectrum] than can be accommodated.

We agree with the FCC that the rules do not violate the First Amendment because they are rationally related to substantial government interests in promoting competition and protecting viewpoint diversity.

In addition, the Court also rejected the notion that the explosion of new media alternatives means that rules meant to ensure diversity and competition in the public interest use of the broadcast spectrum are no longer needed:

CBS asserts that the rule is no longer in the public interest in light of record evidence that the media market is growing more diverse and competitive … While the FCC acknowledged this trend, it found that traditional media ... are the most frequently used and most important sources of local and national news ... Although CBS claims that a revolution has transpired in the media marketplace, the record supports the FCC's conclusion that new media such as the Internet and cable still do not outrank newspapers and broadcast stations as sources of local news.

The "Citizens Petitioners" were jubilant following the court's ruling.

Brandy Doyle of Prometheus Radio told me: "No matter what issues matter to you, media matters. Broadcast media ownership rules are required for assuring diversity of views in our communities. FCC has to allow the public to help write the rules."

Tracy Rosenberg of Media Alliance said: "It's taken a long time for the courts to hear the voices of the hundreds of thousands of people who called for more media diversity, not less. We're proud to have joined the Prometheus Radio project in what's been an 11-year legal journey to prevent more destructive media consolidation."

Writing at SaveTheNews.org, a campaign of Free Press, one of the Citizen Petitioners, Josh Stearns hailed the court's rejection of the corporate argument that the FCC has no business regulating the nation's broadcast spectrum.

"This change would have given individual companies enormous - and unacceptable - control over your local media in print, on TV, on the radio and even online," wrote Stearns following the ruling.

FCC General Counsel Austin Schlick issued this public statement: "The Third Circuit's approval of the 2008 ownership rules for broadcast stations affirms the FCC's authority to promote competition, localism, and diversity in the modern media marketplace. The Commission is currently engaged in a statutorily mandated further review of its media ownership rules. With an updated record and this supportive decision, the agency should be able to take appropriate steps to ensure that the nation's media marketplace remains healthy and vibrant."

A spokesperson within FCC Commissioner Michael Copps office told me he was hopeful that now that the court has spoken, the next Quadrennial Review could take place very soon, hopefully this summer.

Citizens counsel Angela Campbell of the Institute for Public Representation said that the current FCC, chaired by Democrat Julius Genachowski, wrongly defended Kevin Martin's decision, and that has wasted a lot of time. "There's not even any Notices for Proposed Rule Making yet," (as required by the 2010 Quadrennial Review, which has not yet begun.) "There's two ways to look at that: one, they've been putting together studies and evidence to determine what public interest rules should be, or two, they've not been taking this seriously." Campbell hopes the FCC does develop the data to do the right thing this time around, especially with regard to newspaper cross-ownership and women and minority ownership of broadcast stations.
Andrew J. Schwartzman of Media Access Project, who argued the case on behalf of "Citizen Petitioners", said, "I expect a different, more skeptical approach from the FCC, they will be very careful to include the public this time."

"This is an amazing victory, but it could be short lived. A large reason for this victory is the public weighed in, and public interest groups weighed in with data," says Corie Wright, counsel for Free Press, but he also added a note of caution. "We want to celebrate, but we want also want to make sure this does not become undone in the next ownership review."

Free Press' Stearns cited the public's input as a key factor in the victory. "The court pointed to public comments from local citizens as a key factor in overturning the FCC's attempt to change its rules," wrote Stearns. "This decision makes it clear: Citizens' voices matter."

But, Stearn warns, though the victory was a major one for the public interest, there is no time to rest:

Right now around the country, local stations are using loopholes and backroom deals to get around current media ownership rules. We have found at least 200 stations in 80 communities that are currently consolidating all or part of their newsroom, putting more and more media in the hands of fewer and fewer people. While the courts may uphold the FCC's current rules, we need the FCC to go even further. Click here to tell the FCC to stop this covert media consolidation.