Over the weekend, Dan Morain, editorial page editor at Sacramento Bee, wrote an article about what I've been working on, and writing about here at The BRAD BLOG and elsewhere, for many years now.
.
Morain's article starts this way:
.

From her home outside the no-stoplight settlement of Fiddletown, Sue Wilson tilted at a corporate windmill, and a funny thing happened.
.
Sue from Fiddletown won, on our behalf. You can hear the sound of that victory at the end of the FM radio dial in Sacramento. Where there once was commercial pop music, hooting deejays and stupid radio stunts, there’s static.
.
"We the People own the air waves," she said, and repeats: "We the People."
It's a very nice article, that begins with a tragic story. That story, however, now has at least a somewhat encouraging ending for, yes, We the People.
.
Here's what happened... 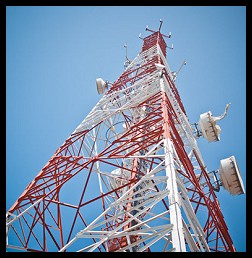 Ten years ago, a Sacramento mother of three died at the hands of an out of control radio station seeking to boost ratings and profits. Her family's attorney, Roger Dreyer, wrote to the Federal Communications Commission asking that the broadcast license of Entercom Sacramento's KDND 107.9 "The End", be revoked due to their tragic stunt, a live, on air, "Hold Your Wee for a Wii" contest.
.
In 2009, upon winning a civil trial and a $16 million award against the station, Dreyer dropped that request.
.
As a former broadcaster turned Public Interest advocate, I believed the FCC, which hasn't actually revoked a broadcasters' license in anyone's memory, needed to make a statement to the radio industry. Because the airwaves belong to the public, and since radio spectrums are so scarce (there are only so many frequencies in any one geographic area, therefore competition is extremely limited), broadcasters make a deal with We the People: they may operate only if they "serve the public interest."
.
Having covered the trial, I learned that KDND lured listeners into a contest the station knew was deadly, then obfuscated that threat, then made fun of contestants as they became violently ill, then abandoned Jennifer Strange after she cried for help. Then, upon learning Mrs. Strange had died, chose to call attorneys rather than other contestants who may have needed medical attention.
Was that "serving the public interest"? Clearly not. The DMV takes drivers' licenses for reckless driving; if ever there was a case for denying a broadcaster's license, this was it. Otherwise, why have licensing or a process for revoking it at all?