August, 2017
This article is still accessible online at the Sacramento Bee, but in case it disappears, read below what is at stake when we talk about "Net Neutrality." With President Trump leading the way, the government may well allow corporations to throttle free speech on the internet just as they have on our publicly owned radio airwaves.
.
Takeaway: Net neutrality means keeping the Internet as it has been since its inception. You may make a comment at the FCC until August 30, 2017. 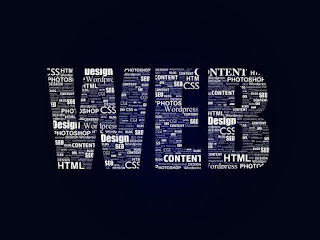 You’re enjoying your weekend java, wanting to learn what happened at last week’s school board meeting. Your local newspaper doesn’t cover that beat, but a local blogger does a good job, so you try to pull his site up on your laptop. Meanwhile, your 5-year-old opens up “Sesame Street” on her iPad, and on his, your teenage son is bringing up “Spider-Man” on Netflix. You instantly hear the sounds of “Spider-Man,” but your daughter is getting impatient, as her show hasn’t yet appeared. In another minute, the “Sesame Street” theme song finally plays, but your school board blog still isn’t up. You get another cup of coffee and wait. And wait. And wait. Finally, the site fills your screen.
.
This is what the Internet will look like if the Federal Communications Commission does not pass strict “Net neutrality” rules. While opponents have painted Net neutrality as government takeover of the Internet, it is actually meant to prevent a corporate takeover of free speech on the Web. Net neutrality means keeping the Internet as it has been since its inception, with users paying their Internet service provider a fee to access the Internet, and then freely choosing what to watch, hear, read or post – with no outside interference. Proponents include Google, Microsoft, AOL, Mozilla, eBay and thousands of small businesses. There is very little opposition to Net neutrality – except from the giant Internet service providers themselves.
.
Verizon, ATT, Comcast and Time Warner Cable are among the chief opponents of the current model. They are now the largest Internet service providers and have devised a more profitable model (for themselves) called “paid prioritization.” They want to charge higher fees to content providers (writers, moviemakers, application developers) who have the means to pay. Those providers who cannot pay more will suffer slower speeds.

.
The FCC passed a set of Net neutrality rules, called the 2010 Open Internet Order, trying to bar Internet service providers from blocking content or slowing purchases from retailers, but likely allowing paid prioritization. Verizon promptly sued the FCC, with the circular free speech argument that, as an Internet service provider, it has the editorial right to choose which services it wants to provide, and that right should be protected under the First Amendment.
.
Verizon won, but not on the First Amendment argument. The D.C Circuit Court of Appeals found the FCC could impose such rules but had adopted the wrong legal framework to do so. Prior to the Open Internet Order, the FCC classified broadband as an “information service” under Title I of the 1996 Telecommunications Act. But the court found the FCC was imposing regulations on the Internet service providers allowed only under Title II. Were broadband classified as a “telecommunications service,” the FCC could regulate Internet service providers as a common carrier. The court essentially gave the FCC a do-over.
.
Regulating broadband as a public utility is the only path that will keep the Internet service providers at bay, but the ISPs warn of years of litigation should the FCC take that route. FCC Chairman Tom Wheeler, former president of the National Cable TV Association, says Title II is still on the table, but not even FCC Commissioner Mignon Clyburn, upon whom public interest advocates pin their hopes, was willing to commit to that path at Rep. Doris Matsui’s recent Net neutrality forum in Sacramento.
Of the 3.7 million comments from the public, 99 percent favor Net neutrality. That should count for something. Add a 3-2 Democratic voting advantage at the FCC, and you’d think this is a slam dunk.
Except that FCC watchers like myself have seen this show before. In 2003, the FCC ignored 3 million comments opposing cross-ownership of broadcast stations and newspapers in the same town.
.
The 3rd U.S. Circuit Court of Appeals ordered the agency to go back and listen to the public. So in 2007, the FCC again pretended to listen, then ignored the public again. It’s what they do.
Politically, Sen. Barbara Boxer favors Title II, but Sen. Dianne Feinstein has yet to commit. Matsui is leading the way with Sen. Patrick Leahy, D-Vt., by introducing the Online Competition and Consumer Choice Act to bar paid prioritization. But getting such legislation into law is no small task.
With a 3-2 Democratic advantage at the FCC (Commissioner Jessica Rosenworcel also favors Net neutrality), the commissioners could easily pass tough rules. But the agency historically is a victim of “regulatory capture.” Instead of serving the public, the FCC serves the very corporations it is supposed to be regulating. And with a former cable TV lobbyist chairing the FCC, the future could look brighter.
.
The California Public Utilities Commission could also have an impact, should it endorse common carrier status for Net neutrality.
.
Calls to all of these players could make a difference in the future of the Internet forever.
.
Don’t let them give our open Internet away.
.

Sue Wilson is the Emmy-winning director of the documentary “Broadcast Blues,” editor of SueWilsonReports.com and founder of the Media Action Center.