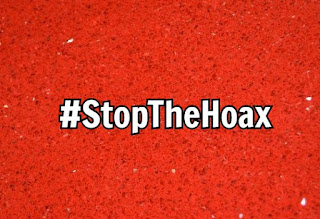 Last July, after Facebook and Twitter and You Tube banned radio host and performance artist Alex Jones from their platforms, I did a little digging, and found that his program and all his affiliate stations are breaking a longstanding Federal Communications Commission rule prohibiting hoaxes.  And what Jones has been doing goes way beyond the original 1938 Halloween broadcast of War of the Worlds, which prompted passage of the rule in the first place.
.
The nationally syndicated radio host is currently being sued in Connecticut and Texas by at least eight families who have faced the unthinkable: losing their children in a school shooting. The Sandy Hook school shooting. The school shooting Alex Jones broadcast never happened.
.
Court filings document the Alex Jones broadcast saying: “Children did not die, teachers did not die on December 14, 2012.”  “How do you even convince the public something's a total hoax?... The general public doesn't … know they had the kids going in circles in and out of the building as a photo-op” “… Sandy Hook is a synthetic completely fake with actors, in my view, manufactured.” Referring to video of the parents of children killed in the shooting, Jones stated that "they ... bring in actors to break down and cry.”
.
Once Jones planted that seed, people began to attack the real grieving parents of small children. Among them, the parents of slain six year old Noah Pozner received death threats, had to relocate seven times, and now live too far to even visit their son’s gravesite.  “Sometimes I lie awake at night worrying that despite our efforts at security, a determined conspiracy fanatic might gain entry to our home,” said Noah’s mother, in reports of her court declaration. Declared her husband, “Due to Mr. Jones’ broadcast, I have also suffered severe emotional distress and trauma which I cannot even begin to adequately describe. No human being should ever be asked to suffer through the torment Mr. Jones carried out.”

(1) Did his affiliate stations know that what Jones' said about the Sandy Hook school shooting being faked was false?  Of course.  (2) Did they know those lies could cause substantial public harm? Yes, because he had caused substantial harm before with his hoaxes. After Jones falsely broadcast in 2016 that Hillary Clinton was running a child-sex ring out of a Washington, D.C. pizza place, one of his listeners went out and shot the place up with an assault rifle.  (3) Did the false information Jones broadcast about Sandy Hook directly cause substantial public harm?  Indeed it did.
.
But the FCC says there is a simple way for stations to air hoaxes without violating the public trust:

“If a station airs a disclaimer before the broadcast that clearly characterizes the program as fiction … the program is presumed not to pose foreseeable public harm.”

To help right this wrong, the Media Action Center has launched a letter writing action to request that the FCC enforce its rule about hoaxes on Alex Jones' radio program.  Despite what Infowars is saying about this action in recent days, this is not an effort to silence Jones, but the remind the affiliate stations of their legal duty to protect the public interest.
.
Here is a recent OpEd I penned for the Sacramento Bee a few days ago:
https://www.sacbee.com/opinion/op-ed/soapbox/article222742110.html